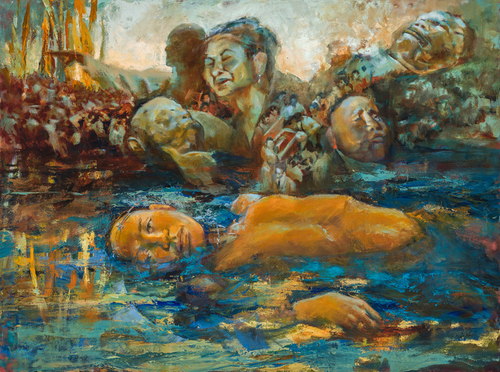 "I grew up in Virginia...had Virginia history three times...never heard the story of Emmett Till. He was  a 13 year old Black Chicago youth who was viciously murdered for behaving as though he mattered...he was acting like a white person...in  Money Mississippi, 1954.

Neither did I hear the story of Yorktown, where I grew up. It was the major slave port in Virginia for 90 years. Nor, did I hear of the toes cut off to discourage slaves from running to freedom. Dismemberment had been legalized in the Yorktown Court House. Virginia history did not include these lessons.

I was 6, in 1954, when Emmett was murdered. I spent the next 48 years in ignorance. When I learned the story, I began to ask Blacks and Whites if they knew about Emmett Till. Blacks knew, Whites did not. I began to appreciate the depth of my racial ignorance."